This project is evolving a lot of memories for me, and my late Dad…

My Dad, 1112152 Sgt Fred Cooper, volunteered for Bomber Command on 24th July 1940. He trained at RAF Lossiemouth, and was finally based at RAF Marham where he served with 115 Squadron as a Wireless Op. Dad was shot down twice, the first time in June 1942, and the second on 21st July 1942 on operations over Duisburg where he became a PoW, and saw out the war at Stalag VIII-B, Lamsdorf.

Dad had an amazing life. After the war he became a county cricketer for both his native county of Lancashire, and then for his adoptive county of Worcestershire.

Like many, many veterans he never really spoke of his wartime experiences, not that it was a taboo subject or anything like that, it just wasn’t brought up. He never wore his service medals, they were tucked safely away in a little cardboard box. They were originally delivered to him in 1948. It was only during the year before he passed away that a family friend got them displayed on the appropriate pin, but still he never wore them. During his last two years Dad seemed to regress back to his wartime experiences. Although he never wore his medals, he wore his Bomber Command tie as well as the Prisoner of War Association. People even tried to persuade him to write a book, which he humbly declined. Quite honestly I could kick myself for not really trying to convince him to do so. Many, many stories were sadly lost when he left this mortal coil, and the information and photos I’ve clawed back have been through the endeavours of incredibly kind people who want to honour the memory of those that gave so much. If it’s ok, I’ve posted a photo of my ‘inspirational’ Dad which i’ve recently had colourised.

I wish you well for this wonderful project. The crews of RAF Bomber Command were one off human-beings. 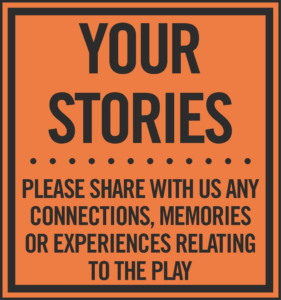